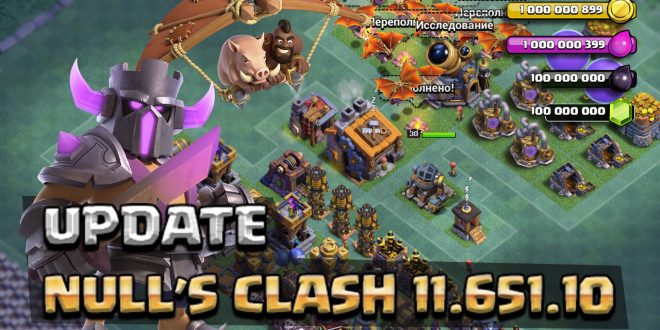 We are pleased to announce the update of our private Null’s Clash server to the latest version 11.651.10, with the support of BH 9 and new levels.

We had to do a great job to implement the working version of the new modified server. Since the game gained a lot of innovations, half of the work had to be done anew. But we are pleased to announce that the work is almost finished. At the moment, the server is fully functional and you can upgrade the builder village up to level 9, and the main village can be upgraded to a maximum with 65 heroes and Warden level 40. We also added various additional levels for buildings and more.

As we already wrote above, we improved the builder hall on the server to level 9. With it, you get builder 6 in the main village and builder 2 in the night village. But in any case, you will have to complete the required tasks, it is very easy to do, since you have an unlimited number of gems available. 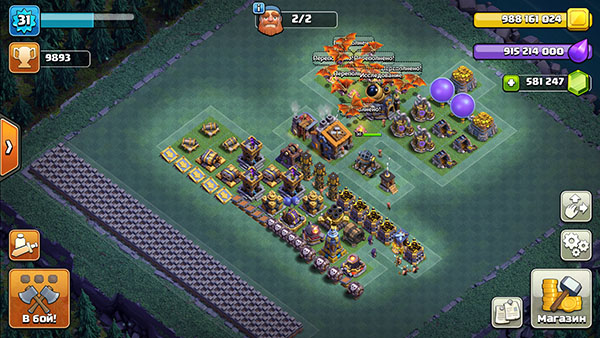 Please note that for a quick improvement you will have to use the quick command “/th”. Enter the clan chat, first write a command and after the space write the BH number. We need level 9, so the command will be “/th 9”. After that, the server will reboot and the hall level will be upgraded.

What does the builder village include: 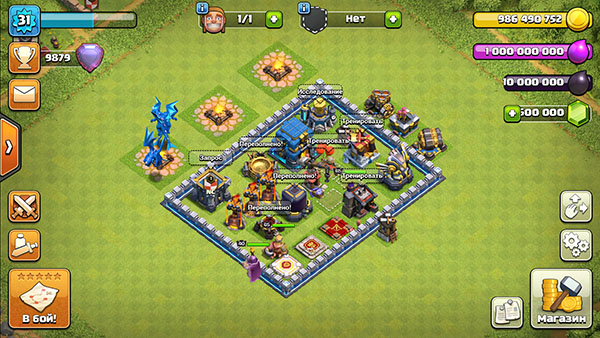 In the new version you will see additional levels for the heroes. New window of battles with battles in the legendary league. You can also get any training and attack the goblin card. We almost did not change anything here, the village serves as a simulator. But we could not do without the mod, so we added an interesting command “/crazyskins”. Entering this command, you can change the appearance of the Archer and the Barbarian. Namely, the skin of the Barbarian King and the Archer Queen is used for them, it looks like this:

It looks interesting, the characteristics do not change and the skin is visible only in combat. That is, in the training camp, you will see the common barbarian and archers. 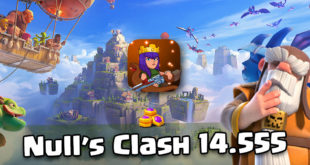 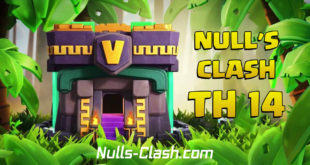 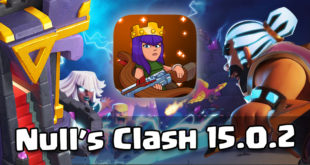 Null’s Clash has received an update to version 15.0.2 with a new town hall level …