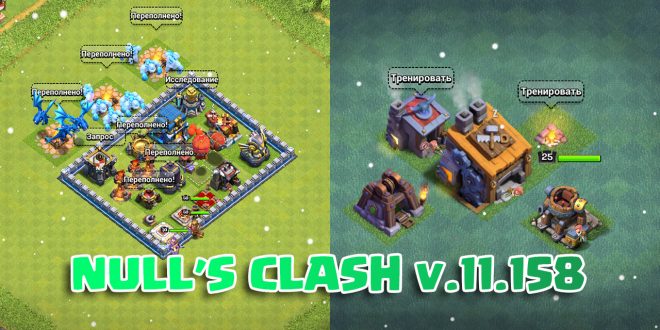 We have updated the Null’s Clash private server to the latest client version 11.158, adding new buildings, levels, and more.

Our team had to work pretty hard in early 2019. We had a lot of work, as it was necessary to update all of our servers. Null’s Clash was second in a queue and we are happy to share the new version. The changes affected almost every line of software code. But in the end, we managed to create the perfect server to play Clash of Clans without any restrictions.

The new version includes all new buildings and troops. The new levels for heroes and defense structures are also available. You can upgrade all of them with quick commands. For example, using the “/sethero” command, you can upgrade a certain hero to the desired level. Workshop was also upgraded to level 3, where a new siege machine has been added – the Stone Slammer. We have improved the clan war system, which will allow us to add a clan league to the server in the future. 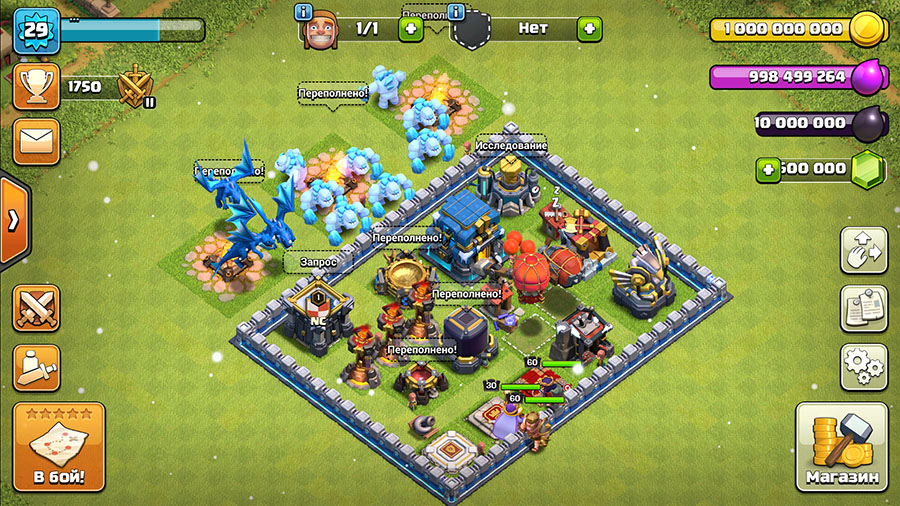 We improved the night village for the combat system, including selection of players – now you will come across equal opponents. But basically, these are already upgraded accounts which should not really surprise you. For this, use the upgrade acceleration commands, and to build bases use “/buildrandom”.

Do not forget to install reinforced bases for defense, so you will have interesting fights. This is important for us, as we monitor the statistics of battles and constantly improve the battles in the builder hall.

We are glad to announce a new version of the Null’s Clash private server! We …